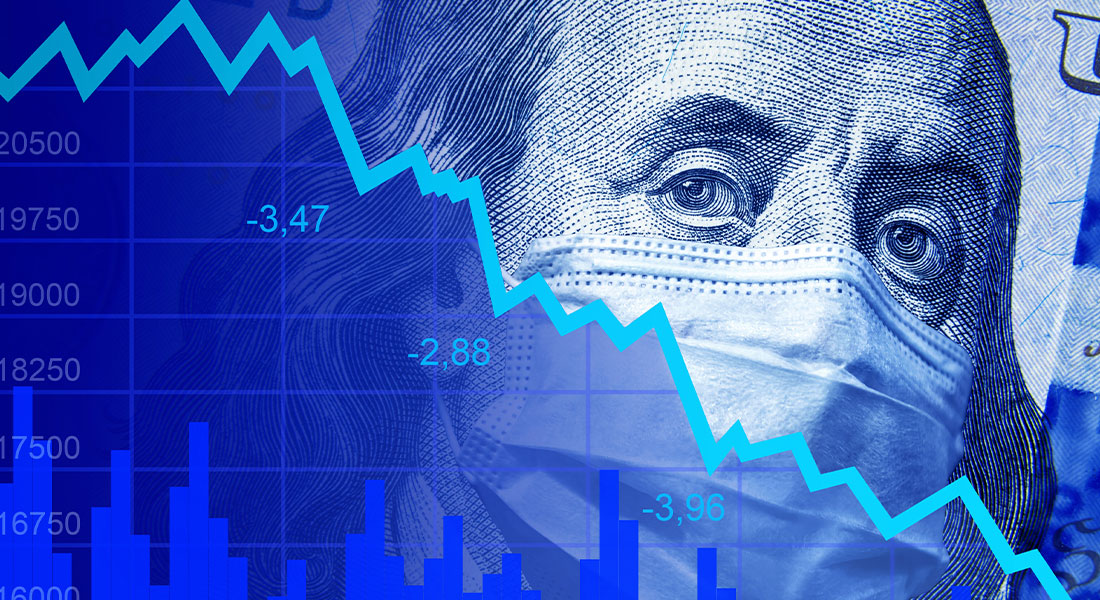 Investing during an economic downturn: What role can annuities play?

Economic downturns and recessions can be painful and scary.

The impact of these losses on portfolios and retirement plans can be catastrophic at times. However, with the proper planning, skillful advisors and sound execution of asset allocation strategies, these times of uncertainty can represent opportunity.

In this article, we'll examine annuities, and their role in investing during economic downturns.

The economic and market situation is volatile. After recovering all of the steep losses from the pandemic-induced recession and market crash of 2020, stock markets generally went to fresh all-time highs in the wake of a variety of economic stimulus programs throughout the second half of 2020 through early 2022.

However, with the recognition of higher-than-expected inflation, the Federal Reserve aggressively began increasing interest rates and reducing federal asset purchases. They have acknowledged that inflation is an acute problem and responded accordingly.

Many of the factors that are blamed for ongoing inflation struggles, like pandemic-related supply chain failures and the war in Ukraine, also have impacted economic growth in a negative way. Basically, the cusp of “stagflation” - a period of higher than normal prices and lower than normal economic growth - loomed in 2022.

When the Federal Reserve committed to raising interest rates high enough to break inflation, it caused a number of damaging consequences.

Interest rates on the 10-year Treasury bond hit levels not seen since the 1990s. Thirty-year mortgage rates doubled from their historic lows, and expectations for the housing market reversed drastically. The stock market experienced a selloff. The cryptocurrency market sold off massively as well.

As you might expect, economic downturns have a negative effect on the stock market.

Downturns and recessions tend to coincide with bear markets. It can be difficult to see the true impact of downturns in market performance, because the stock market usually declines before the economy officially enters recession.

It's much easier to look back at past recessions to identify the peak (high-water mark) of the stock market before a recession, and find the low point of the market, which tends to occur right before the economy officially enters recession.

When you review market performance this way, you'll find that the average decline from peak to trough is between 29% and 45%.

The impact of such a bear market on retirement outcomes can be catastrophic. If you have too much of your nest egg exposed to the stock market too close to retirement (or worse yet, while you're actually retired), you can suffer a permanent loss of quality of life.

Instead of suffering such a fate, sound asset allocation strategies should protect you from the worst of these dangers.

What is asset allocation?

Asset allocation is the process of selecting and investing in assets with the purposeful intention of not only earning investment gains, but also protecting against the consequences of market losses.

Traditional wisdom is that as you get older and closer to retirement age, you should have less money exposed to the market. This is for the simple reason that the closer you are to retirement age, the smaller amount of time you have to make up for the losses. A person in their 30s has decades to make up for losses, but someone in their 60s may have only a year or two.

One common formula of asset allocation dictates that a person's portfolio should have no more exposure to the stock market than 100 minus their age.

So, if you are 64 years old, you should have no more than 36% of your portfolio in the market. Obviously, you get older by one year each year, so your percentage in the market will slowly decline over time; eventually, you would have almost no money in the stock market.

Annuities have traditionally been bedrocks of conservative asset allocation.

Traditional, fixed annuities excel during recessions and market crashes, because they are guaranteed contracts. They are not exposed to the market in any way. An annuity is a legal contract with an insurance company.

How does a fixed annuity work?

They invest the premiums you pay for the annuity according to sound asset allocation strategies, and because of this, they are able to keep enough assets on their balance sheet to pay their obligations, including whatever income your annuity entitles you to.

You can imagine the peace of mind that comes from holding an asset that not only doesn't decline during market crashes, but also goes up in value. This is the reason that annuities play a crucial role in sound asset allocation planning.

Not only do fixed annuities not lose money during a market crash, they also come with the ability to generate guaranteed income payments over your lifetime. After you've accumulated money in your annuity contract, through premium payments (deposits) and interest earnings, you can choose to receive income payments from it by “annuitizing” it.

What does it mean to annuitize your annuity?

When you annuitize your annuity, you can receive a payment (usually paid monthly) that is guaranteed for the rest of your life, no matter how long you live. This factor can help eliminate one of the worst things that can happen to you: outliving your money.

With annuities, this is impossible. These useful assets therefore provide cash flow in retirement; these income streams will fund your retirement lifestyle. Since they're guaranteed, you can make concrete plans around your retirement income, knowing your annuity payments will not decline, no matter what.

When you consider your overall retirement goals, especially in light of times of economic and market turmoil, it highlights the need to work with a competent advisor. You should make sure that your advisor understands asset allocation and recognizes that the stock market does, in fact, decline.

Ask if your advisor has been through a recession and bear market. When times are good and the market is making new highs, it can be very tempting to “chase yield” and have way too much of your money in the market.

Advisors can even get away with this risky behavior for years without any consequences. But, remember, the recession and bear market always come eventually. If you and your advisor understand that fact, you can make plans to protect yourself from harm.

It's critical to remember that it is much harder to make up for losses than it is to prevent them. If you lose only 1% or 2%, it's quite easy to earn that back through market gains. But, remember that the average decline during a bear market is 29% to 40%. 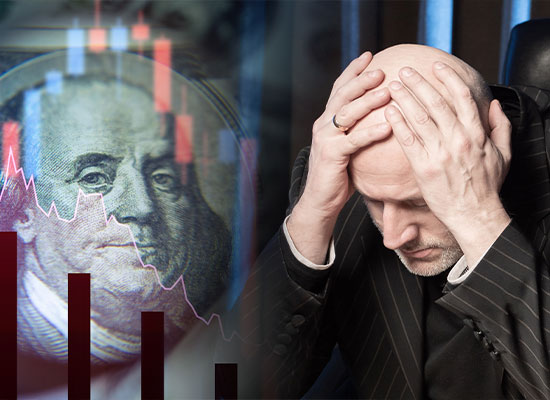 If you experience a loss of 30% (on the low side for a bear market), you will need to earn a return of 42.9% to make back the money you lost. What if this happens only a year or two before you retire? How will you earn back 42.9% that fast?

Truthfully, you probably won't. That means that you'll either have to delay retirement, have less cash flow in retirement, or that you'll run out of money sooner than you were planning.

Instead of making that mistake, get on the same page with your advisor to protect against this sort of thing, and, working together, consider the use of annuities.

If you're interested in the concept of using annuities to protect your portfolio, you need to know that in some limited cases, it is possible to lose money in annuities. This once again highlights the importance of working with a quality advisor, making a sound plan, and using the right assets to execute your strategy.

There are generally only two ways that you can lose money with annuities:

How does a variable annuity work?

A variable annuity is one in which some of your premium money is actually invested in the stock and bond market through mutual funds. When you use these contracts, you will lose money in your annuity if the market declines.

Withdrawing from an annuity too early

You will also lose money if you don't keep your annuity long enough. In most cases, annuities of all kinds come with a 10-year surrender schedule (although it could be shorter or longer in a few cases). If you withdraw your money during this time period, you will forfeit some of the value, including your premium payments.

It's very easy to avoid this: Don't withdraw any money from an annuity before the surrender charges expire. This should be easy to do if you're working with a quality advisor and sticking to your retirement and asset allocation plan.

Aside from these limited circumstances, you will not lose money with annuities.

We've seen that traditional, fixed annuities can be recession proof. There is one particular kind of fixed annuity that can be even more effective in your asset allocation and retirement plans than traditional fixed annuities: the fixed index annuity (FIA).

How does a fixed index annuity work?

Index annuities retain the protections of traditional annuities - they don't lose money, even in market crashes - but they add the opportunity to earn higher rates of interest. This happens through the concept of indexing. With indexing, your annuity can earn a rate of interest that is based on the performance of one or market indices.

However, even though your interest rate is based on the performance of the stock or bond market indexes of your choice, you still don't lose money, even if the indexes you choose decline. Even if they crash. At worst, you'll simply make 0% interest for any year in which your indexes decline.

What are the benefits of an indexed annuity?

While there are several aspects to indexed annuities that determine you actual rate of interest each year, the basic concept is that you earn stock market based interest in good years, and don't lose money in bad years.

If you take advantage of these assets over a long period of time, decades preferably, you will reap benefits not only from higher than normal interest crediting, but also from the fact that simply avoiding investment losses is the single biggest factor in maximizing investment returns.

For example, if you could have somehow only been invested in the S&P 500 during years in which it made money, but avoided the market in down years, your annual return would have been 14.86%. However, if you simply 100% invested in the S&P 500 during that same time, including in years when the market declined, your annual return would be 9.71%, a difference of 5.15%.

What's the impact of an additional 5.15% in compound interest?

Avoiding 100% of investment losses with traditional investing is generally considered impossible since it requires you to successfully time the market. But, with fixed index annuities, you don't have to time to market; you just make money in good years and earn zero in bad years.

In summary, annuities can provide meaningful protection against market declines and can be a very useful tool in sound asset allocation and retirement planning. Make sure to work with a financial professional to develop a sound strategy for preserving assets, and to make sure you use the right assets for your circumstances.

Alliance America is an insurance and financial services company dedicated to the art of personal financial planning. Our financial professionals can assist you in maximizing your retirement resources and achieving your future goals. We have access to an array of products and services, all focused on helping you enjoy the retirement lifestyle you want and deserve. You can request a no-cost, no-obligation consultation by calling (833) 219-6884 today.

Your legacy is vastly more than an amount of money left to your surviving beneficiaries. Part your legacy can be the example of a life well-lived that’s achieved through proper planning. 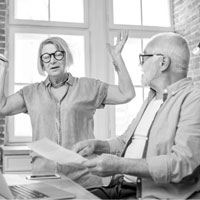 Too many people enter retirement with burdensome mortgages, car payments and credit-card debt that they’ve amassed during their working years. Proper management of these liabilities is fundamental to your current and future financial viability. 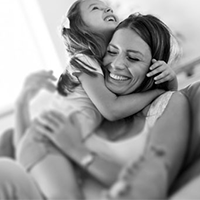 Financial planning often is motivated by our love for our life partners, children, family members and friends.

Taxes have a significant impact your finances and can siphon assets unless you have a prudent approach to meet your objectives.